Man, I’m pooped. But it’s the really good kind of pooped. Like the kind where you get to cross through one of your bucket list items.

I saw U2 at Bridgestone Arena tonight. It was everything I always dreamed a U2 concert would be (and more). They played a lot of favorites. They threw in some unexpected delights like Gloria (not the Van Morrison version) and Acrobat (from Achtung Baby, I think).

After nearly 40 years in the business, they still put on an amazing show. The stage, the lighting, the screens were as good as I’ve ever seen. The band had an incredible amount of energy and kept it up for over 2 hours.

I didn’t agree 100% with all of Bono’s politics, but I did what all mature adults do and let it slide. I did like it when he talked about how the left and the right have to come together to form a solution to the current plight of this country. He said that there is no us and them. There’s only us.

I agree. Whenever I hear people tearing down the current President (as well as people who vilified the last one), I don’t see any good coming from that. As one astute person observed, as emotionally satisfying as it may be (and how morally superior it may make you feel), it can actually be more counter productive than productive. You only end up preaching to the choir, the people who already agreed with your side in the first place.

What we need is more dialogue and far less diatribes. But that’s for another post and another day.

I only wish U2 could have closed out the set with the song 40 from the album War, but other than that, I’m completely and thoroughly satisfied. It was a great night and a good time was had by all.

I can (almost) officially check one off the bucket list.

My bucket list is a bit vague and indefinite, but one very clear and definite goal of mine has been to see U2 live in concert. I missed out in 2014 when they played at Vanderbilt Stadium here in Nashville.

I’d decided then that I’d probably missed my chance. I mean, these guys have been around for nearly 40 years. How much longer will they go through the grind of a world tour?

Well, this time came around and I grabbed my chance. Actually, I grabbed, missed, almost gave up again, checked back, grabbed for good, and succeeded.

The first time I tried to purchased a ticket, I couldn’t find any that were under $200, counting fees and taxes. That was where the part about almost giving up again came in.

Tonight, I decided to give it one more shot.

I went to ticketmaster.com and looked for tickets. Lo and behold, I found one that was under $100. I supposed for a bucket list item, that’s reasonably cheap. Also, it’s in the extreme nosebleed section of Bridgestone Arena. But at least it’s inside. I’m going.

There would be a happy dance right now if I weren’t so frickin’ tired. But I’m celebrating on the inside.

I’ve been a fan of U2 since The Joshua Tree in 1987. I own every one of their albums (including the new one, Songs of Experience, which arrived in the mail today) and a few of their concert DVDs. I admire Bono’s outspokenness about the causes he believes in– and most notably, about his faith in Jesus.

I can think of very few other bands that have not only survived but remained relevant for as long as they have. I can’t think of a single other band that has lasted as long with the same lineup.

My next bucket list (in case you’re wondering) is to dine at an In-N-Out Burger restaurant, which will probably also mean me traveling out west.

I can still remember where I was when I first heard U2’s The Joshua Tree.

It was my first foray into the world of U2 and Bono. I recall being captivated by the sounds coming out of the headphones connected to my Sony Walkman (cassette player, no less). I bought the album on cassette, CD, and finally the deluxe 2-CD edition that came out about 10 years ago with B-sides and unreleased tracks thrown in for good measure).

I still remember what it felt like the first time I experienced it. I had never heard anything like it before. It blew my 15-year old mind.

Most albums from the 80’s sound very much like they came from the 80’s. You can listen to how the drums were produced and almost pinpoint the year the song came out.

The Joshua Tree doesn’t sound like an 80’s album. It sounds like a classic album whose sound is universal and timeless. It sounds as fresh and new today as it did way back in 1987.

I just discovered that U2 will be embarking on a 30th anniversary tour of The Joshua Tree, where they’ll play the entire album from start to finish (with other songs thrown in, I assume).

If they come anywhere Nashville, I might just have to sell a kidney or mortgage my cat to get a ticket. After all, it’s on my bucket list.

Guess what I’ll be listening to tonight as I fall asleep?

I don’t know if these qualify for actual bucket list activities, but I’ve thought of a few things I’d like to accomplish during my lifetime:

I love a good quote. I love the way someone can express a thought so succinctly. Better yet, I love how someone can take what I’ve been trying to say and state it in a way better than I ever could.

Here is a small sample of some of the quotes that I’ve run across recently that have impacted me.

“To clasp the hands in prayer is the beginning of an uprising against the disorder of the world” (Karl Barth).

“Let your religion be less of a theory and more of a love affair” (G. K. Chesterton).

“Failure is unimportant. It takes courage to make a fool of yourself” (Charlie Chaplin).

“Religion is what you are left with after the Holy Spirit has left the building” (Bono).

“See, I return good for evil, love for injuries, and for deeper wounds a deeper love” (Father Peter Chrysologus).

“Kind words do not cost much. Yet they accomplish much” (Blaise Pascal)

“The discipline of gratitude is the explicit effort to acknowledge that all I am and have is given to me as a gift of love, a gift to be celebrated with joy” (Henri Nouwen).

“The greatest single cause of atheism in the world today is Christians: who acknowledge Jesus with their lips, walk out the door, and deny Him by their lifestyle. That is what an unbelieving world simply finds unbelievable” (Brennan Manning).

“Do not meddle in the affairs of dragons, for you are crunchy and taste good with ketchup” (Someone Wise).

“I want neither a terrorist spirituality that keeps me in a perpetual state of fright about being in right relationship with my heavenly Father nor a sappy spirituality that portrays God as such a benign teddy bear that there is no aberrant behavior or desire of mine that he will not condone. I want a relationship with the Abba of Jesus, who is infinitely compassionate with my brokenness and at the same time an awesome, incomprehensible, and unwieldy Mystery” (Brennan Manning).

I discovered this line today. It’s odd that after listening to a song hundreds of times that one particular line that you’ve missed can suddenly catch your attention. This was Tthe line from the song Vertigo from the U2 album How to Dismantle an Atomic Bomb.

This line makes a lot more sense if you see it as God’s love rather than human love. I can say from my own personal experience that the love of God has taught me to kneel, not just as a posture, but as an action reflecting an attitude adjustment in my own heart.

True love of any kind is ultimately about surrender. It’s not what I want but what you want that matters, especially when it comes to the love of God. True love says, “Not my will but Thine,” which is a lot easier to pray as a line from a rote prayer than as an actual declaration.

So, yes, God’s love is still teaching me to kneel. To let go of my own desires so I can receive God’s much grander and wilder desires for me. To let my own plans and dreams crumble into dust so that my life can be a blank slate where God can dream His dreams for me and in me.

I say all this like I’m actually good at it, but I’m not. I’m much too stubborn and I cling to my will far too often for my own good. But thankfully God is far more patient with me than I am with God (or with me for that matter).

I’m learning how to kneel. 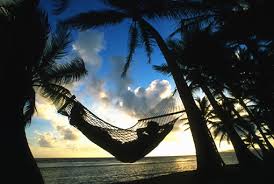 In case you didn’t get the title, it’s the opposite of those never-ending series of movies called The Fast and the Furious. I think we’re probably looking at at least 18 more of those, so gird your loins.

But I digress. Back to the list of things I love, starting at #81.

81) Spontaneously starting up conversations with strangers with small dogs at Starbucks. The best part is that we’re not strangers anymore, but friends.

82) Finding out I wasn’t the only one who struggled with that or felt that way.

83) Finally getting around to seeing a movie I missed years ago and finding out it was worth waiting to see.

84) Listening to Morgan Freeman’s voice (if he ever narrated a book on CD, I’d buy it, even if it was Intro to Trigonometry.

85) Finding out that U2 finally has a NEW album coming out later this year.

86) The elegance and beauty of Grace Kelly.

87) That the end of the Greatest Story Ever Told has already written and it’s has the best ending ever.

88) Or if you prefer, all of history is like the title page and table of contents, and after it ends is the real beginning of the Real Story in which every next chapter is better than the last and where you don’t want to ever put the book down.

89) The peace that comes with acceptance that a friendship is over and that it has served its purpose and best of all, being thankful for the time we had.

90) Every time I see the transformative power of the risen Christ in my life.

91) Believing in love again and especially believing that there really maybe someone out there who will want and desire me.

92) Being in a place at night where you can see the stars.

93) The smell of chlorine. I know it’s weird, but it takes me back to going to the Y as a kid.

94) The smell of bus exhaust. Again, it’s strange, but this time it takes me back to the days of marching band trips.

95) Watching fireflies and listening to a symphony of crickets on a slow country night.

96) Seeing a mother who isn’t preoccupied or busy or glued to her smart phone and is loving on her child and living in the moment.

98) That I really can taste the rainbow when I eat a Skittles.

99) Listening to my cat snore.

100) The good feeling I get after eating a really good Southern home-cooked meal.

101) That there will be more of these blogs because there are so many more little things that I love.